Remote Desktop Protocol (RDP) is a secure communication protocol developed by Microsoft, it provides a user with a graphical interface to connect local computer to another computer over a network connection to transfer the data in low speed and in a secure mode. The user must need an RDP client software for this purpose, while the other computer must run RDP server software. It supports almost in all versions of Windows operating systems and it comes ups with a latest version 10.0. One of the best features of this RDP in the latest Windows OS is that it contains a mechanism for specifying which users are allowed to access the remote system via RDP session.

Sometimes you want to access multiple concurrent Remote Desktop sessions for the same RDP user. Modern technology allows you to do this quickly with a simple method. That is, it can be achieved by setting up the Terminal Server settings in the Windows registry editor.

The below guide will help you to enable or allow the multiple RDP session for the single user.

1) Login to your server via Remote Desktop. 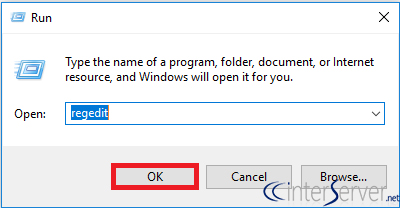 3)Once the registry is launched, we can go through HKEY_LOCAL_MACHINE\SYSTEM\CurrentControlSet\Control\Terminal Server. 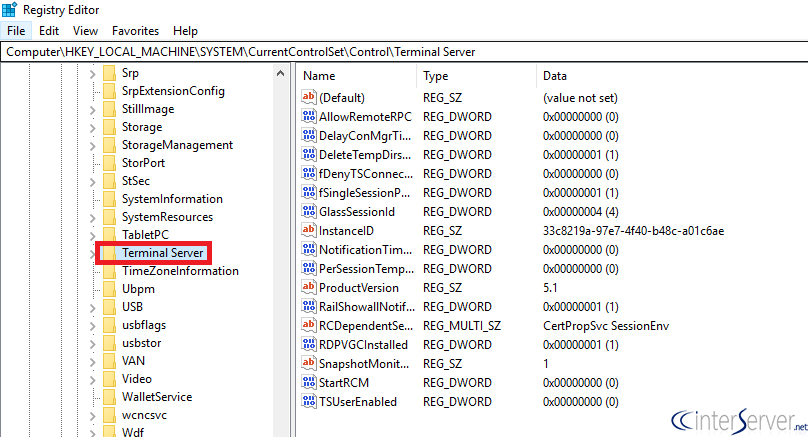 4) When selecting the Terminal Server registry, you would see the registry key “fSingleSessionPerUser” on the right panel. Right click on the key and then click on “Modify”. 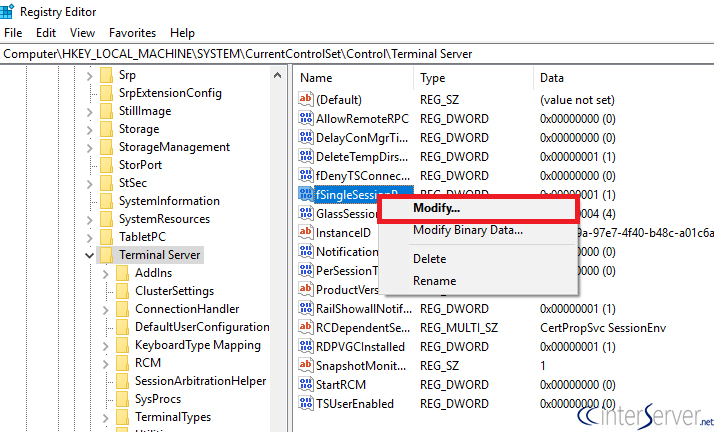 5) Change the value shown in the modify screen from 1 to 0 and close the Registry Editor. The reason behind this value changing is that 0 denotes allowing multiple sessions for each user and 1 denote for a single session. 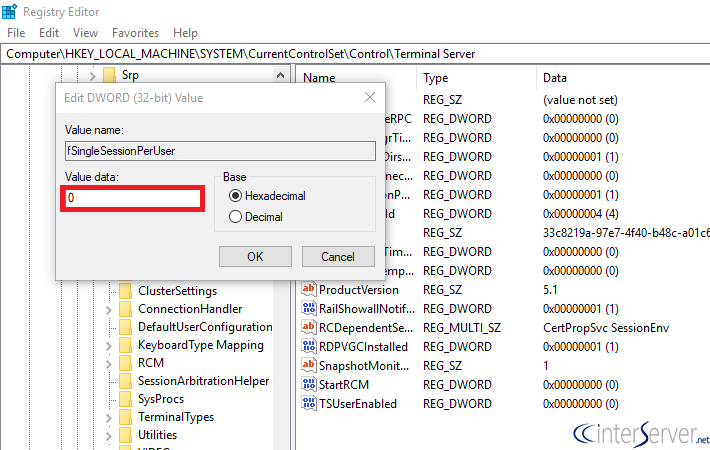 NOTE:  If the mentioned key, fSingleSessionPerUser key is not available, then you will need to create it manually. To add a new key, click on Terminal Server –> New–> New DWORD (32) Value. Name this key as SingleSessionPerUser, set its value to 0 and close the Registry Editor